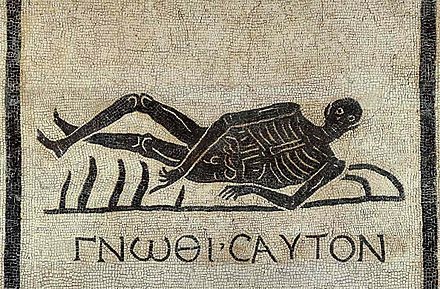 Depth Psychology is built on the tradition of C.G. Jung, and considers the deeper dimensions of the human psyche. That is, the unbidden urges and impulses which arise from the deep to molest our dreams and compel us to act in ways we wish we hadn’t. “I don’t know what came over me”, we say. Or “I was beside myself”. And, “That wasn’t the real me talking!”

Every single one of us occasionally feels something we believe is “wrong”, though the bad feelings refuse to go away. All of us sometimes say and do things that later cause shame and guilt, once the strong emotional charge that fueled our run-away behavior is dispelled, or discharged.  That is, until the next time the shadow arises and takes us in its grip again.

In the Caribbean we have a very simple colloquial question to describe complexes that have ripped past our ego safe-guards and wrecked havoc amongst others: “Boy, what take you?” In this question, and in the Caribbean context, there is an implication that we acknowledge the existence of forces that cause us to do things we wouldn’t normally do, if in our right minds. The question comes with an indication of forgiveness. After all, it’s not YOU who did it, but the something in your mind!!

Take the cycle of violence for example, or the cycle of addictions, or unfaithful partners. There is an ingrained pattern of explosive, destructive or secretive behavior, followed by tears, hang-overs, apologies and promises, all of which seem sincere at the time, until the next provocations and destructive actions begin all over again.
As another example, here is a brief case history:

A Medical doctor in Guadeloupe lived a very straight-laced life. He was a highly trained and very successful scientist, and he toed a narrow line. He also was an observant Christian, and attended Church religiously, as we say. He operated in clearly defined opposites of black and white, with no shades of gray. As a scientist, he claimed to have no room for ambiguity, or the soul, or jazz, or any sorts of foolishness.

But this doctor had a wife who was different. She wanted to romp and play, despite having two children attending prestigious universities, and many charitable functions to chair and attend. She wanted to listen to the horns play, to swing her hips to them, and walk barefoot in the rain.

Of course, her husband could have none of it, this “free” behavior. It was suspicious. It was loose. It went against his carefully honed image in the community. But the more he railed at his wife, the farther she swung. He came to believe that she had lost her reason altogether, and he told her this often. By the time that they came to visit me in session, she had started bursting out in ferocious swearing. At the drop of a hat, she cursed like a sailor. You could see why he thought she was possessed by demons because, according to him, she used their language fluently. This was one of several different vicious cycles that spun continuously around them. They would each push the other’s buttons in a pattern of escalating provocations, and when the inevitable explosions occurred, recriminations and blame would begin again.

A Depth Psychological approach would include working with the Doctor, to gently probe into the reasons for his very tightly restricted lifestyle, in which he would toe the lines to the end of time, no freewill allowed. The Doctor would not like this shift of the lens onto himself, as it was easier for him to point blame at others than take a good look at his own feelings. But Depth Enquiry is self-reflective, to begin with. And then, work with the wife would also include exploration of her choices of husband, lifestyle, and real emotional/material needs – both conscious and unconscious. What is it that she really wants? Invariably, we’d need to understand the impact of both their unconscious choices and behaviors upon the children in the home, their extended families, communities, and so forth.

The beauty of the practice is that it has a side effect of putting many ships in order, not only the ones anchored in the clinic at any given time.

Many clients of mine are what you may call highly functioning individuals. They have no “disorders” that can be picked up on psychometric scales, nor quantified and categorized. Yet they are tormented by secret fears and desires that give them no rest. Under cool and composed demeanors, they may have endured agitated waters for years.

Having been well and fully trained in the psychodynamic psychotherapy tradition, and having drawn from many different approaches and philosophies of practice over my years of research, publication and clinical work, I now believe that Depth Psychology offers the most mature, complete system for understanding the mind and our emotions, on a continuum between the most base impulses and the most numinous. In any event, this is the tradition that has now captured my attention.

The Jungian tradition holds Self Individuation as an “ineluctable psychological necessity”. It is the process by which one may attain deep self-knowledge, further the development of consciousness and better understand the unconscious factors shaping human experience.

Moreover, Depth Psychology has application beyond the individual clinical setting, as it encourages consideration of the wider world and is a catalyst for community, cultural and ecological transformation, as well as personal.

As we say at the Pacifica Graduate Institute (where my study in Depth Psychology unfolds):

Depth psychological approaches to psychological suffering attempt to help individuals become aware of what has been cast out of consciousness or is not yet able to be known. Healing is associated with allowing what has been repressed, rejected, denied or ignored to come forward so that the person can understand, explore its significance and integrate it, allowing for a transformation in consciousness. Depth Psychology also attends to the way unconscious processes express themselves in society and culture, and how culture affects the psyche.

Sorry, the comment form is closed at this time.